This site is optimised for modern web browsers, and does not fully support your current browser.

IN 1989, A DOZEN RANGE ROVER CLASSICS TACKLED THE MOST DEMANDING PORTION OF THE CONTINENTAL DIVIDE IN COLORADO, USA. 25 YEARS ON WE REVISIT THE TREK IN A FLEET OF 2014 RANGE ROVERS. 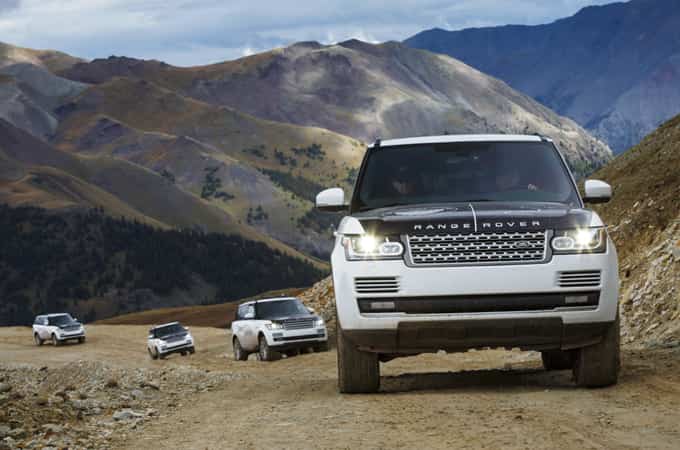 In 1989, Land Rover embarked on an adventure across the Continental Divide in Colorado, USA. Led by conservationist and off-road enthusiast Tom Collins, a group of hardy journalists from the UK, US and Australia drove Range Rover Classics 1,128 miles from the Wyoming border to northern New Mexico.

Twenty-five years on, Land Rover have commemorated the iconic journey with a fleet of current Range Rovers travelling nearly a thousand miles along the original route.

Nine Range Rovers and a Range Rover Classic - a veteran of the 1989 expedition bearing the “Tread Lightly!” signature – tackled some of the most challenging unpaved roads and 4x4 trails in North America. The drivers followed a line of high peaks along the Rocky Mountains, facing narrow trails with steep drop-offs and mountain passes at altitudes of over 4,000 metres.

“The vehicles which completed the 2014 Great Divide Expedition demonstrated the capability and composure our customers expect from a Range Rover on- and off-road, combined with refinement and exceptional luxury.” - Phil Popham, Group Marketing Director, Jaguar Land Rover.

Of course, the heroes in ‘89 had to do without the luxury of Range Rover’s now-standard Terrain Response technology. Watch the original expedition video below to see how they did it.


Check out photos of this year's expedition on Facebook