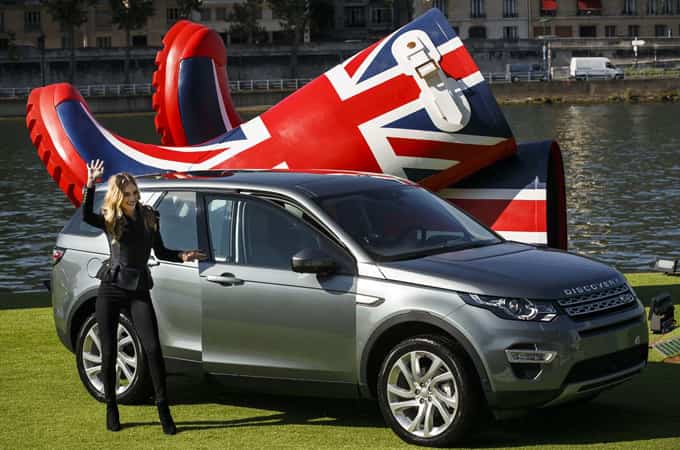 Building on the success of the digital reveal last month, the New Discovery Sport made its debut on the River Seine ahead of the 2014 Paris Motor Show with special guest Rosie Huntington-Whiteley.

The British supermodel and actress swapped the runways of Paris Fashion Week to sail down the Seine on our custom built 80-metre long Wellington boot barge. The former Victoria's Secret Angel bought chic British style to the launch as she was seen stepping out of the Discovery Sport.

During an exclusive interview with Land Rover, she reminisced about growing up in Devon and expressed a fondness for all things British: “I always like to be attached to British brands. I grew up getting in Land Rovers in the countryside.”